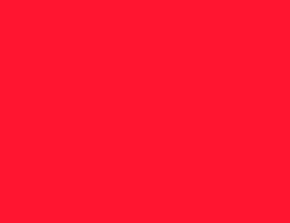 Patrick Glauner is a PhD student at the University of Luxembourg working on the detection of electricity theft through machine learning.

How did you initially become interested in using AI to detect electricity theft?

I was looking for an applied PhD research project, as I generally want to deliver concrete outcomes rather than purely theoretical works. That is how I learned about the Interdisciplinary Centre for Security, Reliability and Trust (SnT), University of Luxembourg. SnT has a long track record of successful joint university-industry research projects. That is how I got interested in doing a PhD project with SnT. I found this project particularly interesting due to its importance to economies and the large amount of real-world data.

In focusing on this problem, one that costs the industry roughly $96 billion in losses per year, what are a few things that surprised you?

You work together with an industry partner – how did you connect with them? What were some of their initial questions?

I work on a joint university-industry research project that was launched in 2015 between the Interdisciplinary Centre for Security, Reliability and Trust and Choice Technologies (http://choiceholding.com). Choice Technologies has more than 20 years of experience in the detection of electricity theft and mainly operates in Latin America, where electricity theft is a particular issue. I joined the project shortly after it was launched. Our initial project goals included a comparison of the Choice electricity detection software to most recent research outcomes from the machine learning community.

What has the experience working with an industry partner been like?

The main advantage of this collaboration is that I get to work on large real data sets provided by Choice Technologies. Concretely, the data I work on consists of millions of customers, hundreds of millions of meter readings and hundreds of thousands of results of on-site inspections of customers. Collecting that amount of data is extremely expensive, for example carrying out one single on-site inspection easily costs USD 100. I also get very valuable feedback from domain experts at Choice Technologies to make sure that my research goes into a useful direction. As a consequence, I not only publish papers (see list at www.glauner.info/publications), but also build software that works on real data. Our project was also recently covered in New Scientist (http://www.newscientist.com/article/2148308-ai-could-put-a-stop-to-electricity-theft-and-meter-misreadings/).

What advice do you have for other companies who are considering using AI to detect electricity theft?

Industrial NTL detection systems are still largely based on expert knowledge when deciding whether to carry out costly on-site inspections of customers. Electricity providers are reluctant to move to large-scale deployments of machine learning systems as the latter may suggest a large number of unnecessary inspections. Therefore, electricity providers want to understand why a specific customer was predicted to cause electricity theft or not. As a consequence, the models used should be interpretable, for example by using decision tree models rather than black box-like models such as deep learning. We have also recently proposed a method for visualizing prediction results at various granularity levels in a spatial hologram. Our approach allows domain experts at the electricity providers to put the classification results into the context of the data and to incorporate their knowledge for making the final decisions of which customers to inspect.

Patrick GLAUNER is a PhD student at the University of Luxembourg working on the detection of electricity theft through machine learning. He graduated as valedictorian from Karlsruhe University of Applied Sciences with a BSc in computer science and obtained his MSc in machine learning from Imperial College London. He was a CERN Fellow, worked at SAP and is an alumnus of the German National Academic Foundation (Studienstiftung des deutschen Volkes). He is also adjunct lecturer of artificial intelligence at Karlsruhe University of Applied Sciences. His current interests include anomaly    detection, big data, computer vision, deep learning and time series.

How SparkPredict® Raises Machine Prognostics to a Cognitive Level – A Chat with Paulo Pereira, Global VP, Utilities and Industrial IoT

ABOUT US
Rozee is a your source for all things interesting in Enterprise Artificial Intelligence (AI) - interviews, podcasts, events and community!
FOLLOW US
© Rosalie Inc.
MORE STORIES

How SparkPredict® Raises Machine Prognostics to a Cognitive Level – A...